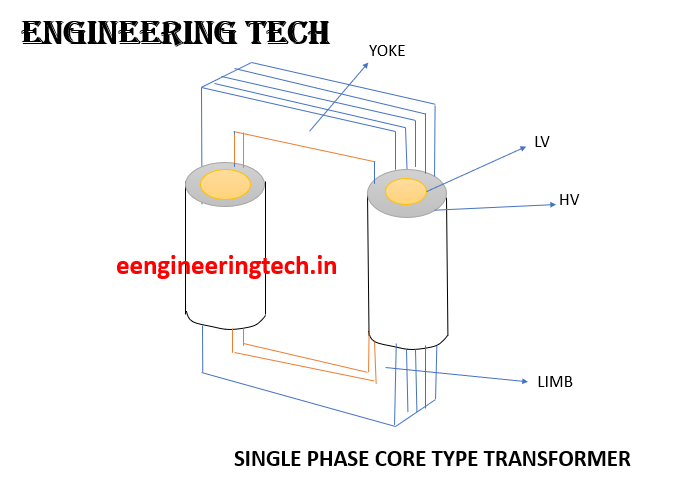 YOU KNOW ABOUT SINGALE PHASE TRANSFORMER ?????

Different voltages are used for the generation, transmission, distribution

Low voltage transmission is done at 66 kV or 33 kV. Distribution is carried

out at 11 kV and 440 V. For certain special use low voltage is used e.g. welding

requires 30 to 50 volts. For all these it becomes essential to convert electric

power at one voltage to the other voltage.

This is achieved conveniently and efficiently by using

For this, Three-phase transformers are used. In this unit, we shall transformer.

So we first study the Single-phase Transformers

Transformer works on the principle of mutual induction.

If two coils are placed such that the flux produced by one coil links the other coil,

then by changing current in one coil the emf is induced in the other coil.

Two coils A and B are placed near to each other as shown in figure.

Current is passed through coil A ad due to it, the flux produced by

it links with the coil B.

If the current passing through the coil A is changed, the flux linking the coil B changes

and according to the Faraday’s laws of electromagnetic induction, emf is induced in coil B.

Similarly, By Changing the Current in coil B, Emf induces in coil A.

Show in figure. 1 the construction of single phase transformer.

figure no.2 shows the symbol.

In transformer, a coil A with N1 numbers of turns is wound over

one limb of the laminated core made of silicon steel. On another

limb, another coil B having N2 numbers of turns is wound.

so alternating current flows through the coil. As a result, alternating

flux produced in the core.

This flux links with coil B and alternating emf is induced in coil B.

Induced voltage can be measured if the coil B is connected to the voltmeter.

Coil A, which is connected to the supply is called the primary winding

and coil B is called the secondary winding.

magnitude of voltage V2 is less than the primary voltage V1.

This is called the step down transformer. But if the numbers of turns N2

called the step up transformer.

This seems to be interesting that we raised the low voltage to the high voltage.

At the first sight, it looks very advantageous, but we shall study later that when

the voltage is raised, the current reduces in the same proportion.

In short, the product of the voltage and current on both the sides remain equal.

Frequency of the secondary voltage is the same as that of the primary voltage.

this means that the frequency remains the same.

There are Two types of transformer.

Each type of transformer has two man parts.

There is a laminated Core of silicon steel stamping’s each 0.35 mm thick.

the limb and the part joining the limbs is called the yoke.

winding. This makes the problem of insulation easy.

Laminations of the core are interleaved as shown in figure 4.

This reduces the reluctance of the are core. L shaped laminations

Core is made of laminations and the windings are wound over it.

Diameter Circumscribing circle for the given cross sectional area of

the core should be the minimum, This reduces the weight of copper

required for the winding and core should be reduces the resistance of the winding.

So ideally, the cross section of the core should be circular, But in doing so, different

sizes of laminations are required which becomes uneconomical, so only three to four

types of laminations are used.

.
Insulation is also used. Different types of insulations are used over different places

such as over the conductor, between the two layers of the winding.

between two windings, between the core and winding etc. This includes oil-impregnated

Get more knowledge for you